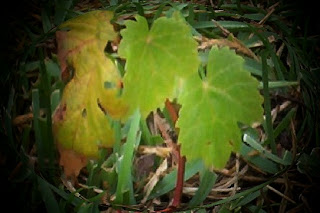 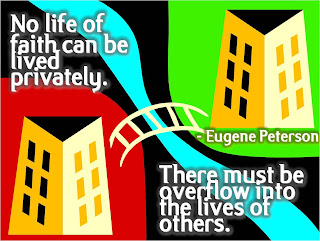 About the Images:
Left: This image is mine so please feel free to use it as you wish for worship and related activities. This obviously suits the John reading.
Right: Microsoft free clip art and words by Eugene Peterson which are acknowledged on the image. I used this with the Acts reading.

Decor:
If you are using the Acts reading, have the baptismal font with coloured lengths of cloth or arrows spread out in all directions from its base.

Illustration: Hampton Court Grapevine
Pictures are available by visiting Hampton Court on the web. Sandy has added some useful info in the comment attached to this blog.  Thanks, Sandy:)

Listening Song: Power of the Gospel
by Ben Harper on his Fight for Your Mind album (pictured at right). I used this song with the Acts reading in respect to verse 35.

Film Clip: Horton Hears a Who
(pictured at left) Show the clip where the Mayor of Whoville tries to explain to his wife that there is someone much bigger than them who is looking out for them. I have now used this film three times  - it has some very useful stuff in it and not only engages the kids but engages the adults as well and makes it easy to have a multi-aged discussion. I once again used a clip from www.wingclips.com (see my links at left) - they do it so well!

Discussion: Horton Hears a Who
1. What is the Good News which we have to share?
2. How difficult is it for us to share the Good News?
3. What makes it difficult?

Choose Your Own Adventure
The Acts story turns into a great choose your own adventure. I thought the easiest way to explain this was to print the whole thing below and you should get the picture. It can be done on overheads or as a powerpoint or printed on separate pages and worked on in groups. Adults enjoy this as much as kids and teenagers.
PAGE 1
The Lord’s angel said to Philip, “Get ready and go south along the desert road that leads from Jerusalem to Gaza.” (This road is not used nowadays).
So Philip
(a) got ready and went (go to page 7)
(b) realised that a desert road was a hot and probably dangerous place, was a little doubtful whether God would really want him to use that road instead of the freeway and decided that he could serve God better at home. (go to page 3)
PAGE 2:
Philip heard the man reading aloud from the book of Isaiah. Philip asked him, “Do you understand what you are reading?” The official answered: “How can I understand unless someone helps me?” He then invited Philip to come and sit beside him. Philip
(a) climbed up into the chariot (go to page 5)
(b) refused because he was too nervous to speak with such a high official and anyway he might be asked a question he couldn’t answer. Besides, he had forgotten to have his quiet time that morning and he was feeling a little out of sorts. (go to page 3)
PAGE 3:
So the Philip never did what God asked him to do and the Ethiopian official never heard about Jesus and never shared the good news with the people of Africa.
PAGE 4:
After they had come out of the water the Lord’s Spirit took Philip away. The official never saw him again, but he was very happy as he went on his way. Philip later appeared in Azotus. He went from town to town, all the way to Caesarea, telling people about Jesus.
PAGE 5:
The man was reading the passage that said,
‘He was led like a sheep on its way to be killed. He was as silent as a lamb whose wool is being shorn, and he didn’t say a word. He was treated like a nobody and didn’t receive a fair trial. How can he have children, if his life is snatched away.’ The official said to Philip, “Tell me, was the prophet talking about himself or about someone else”.
So Philip
(a) began at this place in the Scriptures and explained the good news about Jesus. (go to page 6)
(b) said that he was a little embarrassed talking about God
because it was such a personal thing and could he please be dropped of at the next oasis. (go to page 3)
PAGE 6
As they were going along the road, they came to a place where there was some water. The official said, “Look! Here’s some water. Why can’t I be baptised?” He ordered the chariot to stop. Then they both went down into the water and
Philip
(a) explained that he wasn’t sure whether this was the proper time and place or whether he was qualified to do it (go to page 3)
(b) baptised him. (go to page 4)
PAGE 7:
An important Ethiopian official happened to be going along that road in his chariot. He was the chief treasurer for Candace, the Queen of Ethiopia. The official had gone to Jerusalem to worship and was now on his way home. He was sitting in his chariot reading the book of the prophet Isaiah.The Spirit told Philip to catch up with the chariot.
Philip
(a) couldn’t think how he could possibly start a conversation while simultaneously running beside a chariot. He might even be arrested for stalking! Anyway the Ethiopian official was already reading his Bible so he probably didn’t need anybody telling him anything about God. So instead of trying to catch up with the chariot Philip took a well deserved break. (go to page 3)
(b) Philip ran up close (go to page 2)

Discussion Questions for the Acts Reading:
What does this story tell us about the way Phillip followed God?
What would help us to speak when we have the chance?
How can we take action?
How can we be involved in the world?
How can we know the message better?

Story: High VoltageFrom Could Someone Wake Me Up Before I Drool On the Desk by Kevin Johnson, Bethany House, 1995, ISBN 1556614160, page 83, (pictured at left). This is a youth story about sharing the gospel.

No life of faith can be lived privately. There must be overflow into the lives of others.

Response Activity: Prayer Stations
Station 1: Have a prayer of confession written in such a way that people can read it to themselves and fill in the gaps.
Station 2: Put the quote above and the Acts discussion questions on a business card and provide a pen or pencil for people to write the answer to one of the questions on the back of the card.
Station 3: Have pens and pencils and copies of the Acts reading available for people to read and sit with, including instructions as follows: In your imagination, be present in the story as you slowly read it. On the back of the reading, write/draw any thoughts, feelings, discoveries, images or resolves that come to you.

Response Activity:
Give each person a card with a grapevine printed on it or a piece of paper cut into the shape of a vine leaf. Ask them to write a response to one of the final four questions from the discussion questions for the Acts reading (see above) on the back and then lay their leaf at the foot of a cross. While they do this, have some quiet music playing in the background.

Response Activity:
If you have a good sized grapevine or other vine, know some one who does or live in a wine growing area give everyone a vine clipping to take home and plant. If you live in Australia, please don't substitute don't an English ivy clipping because people don't seem to be terribly happy when it takes over their whole garden and kills off every other living plant!