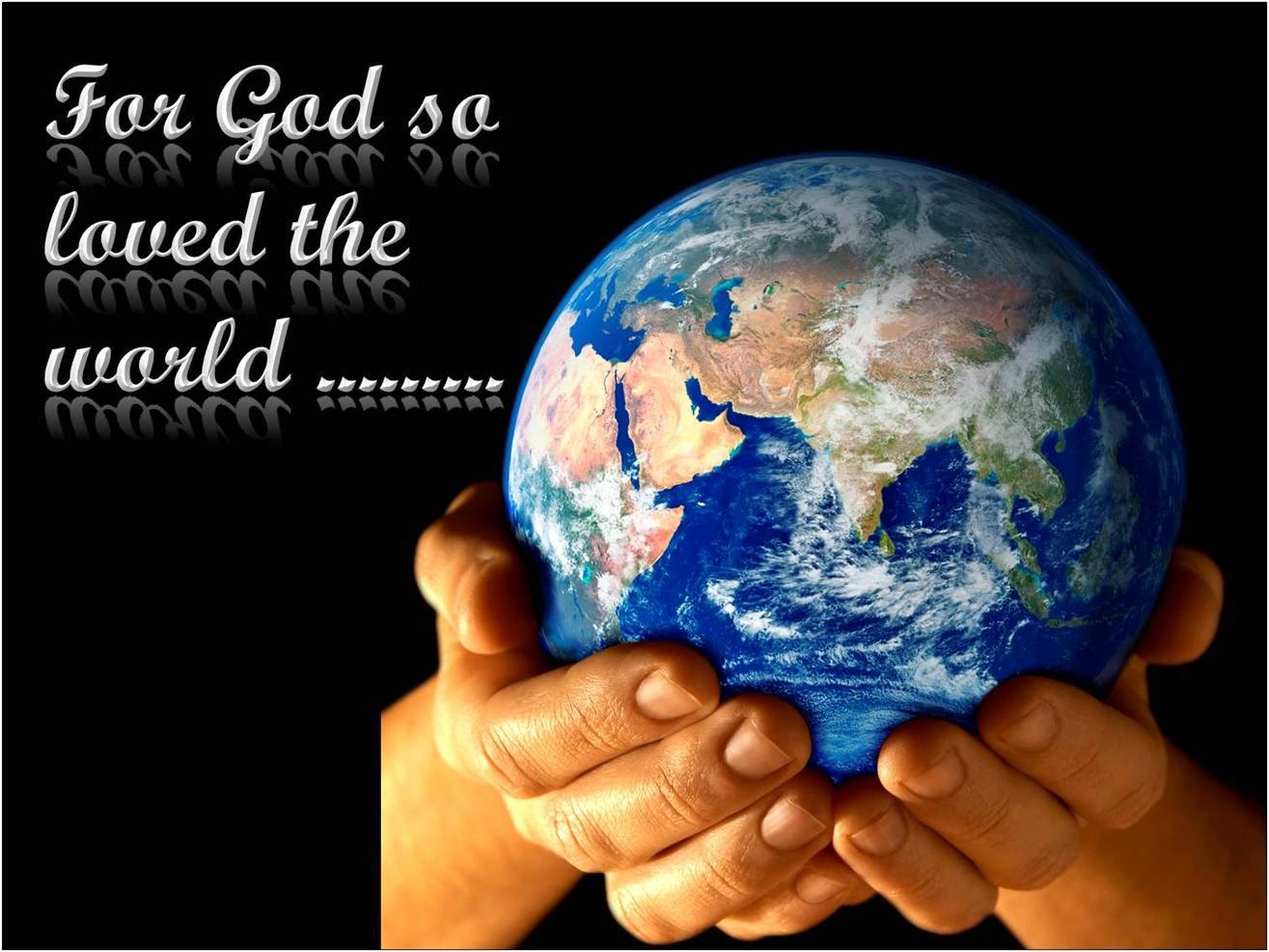 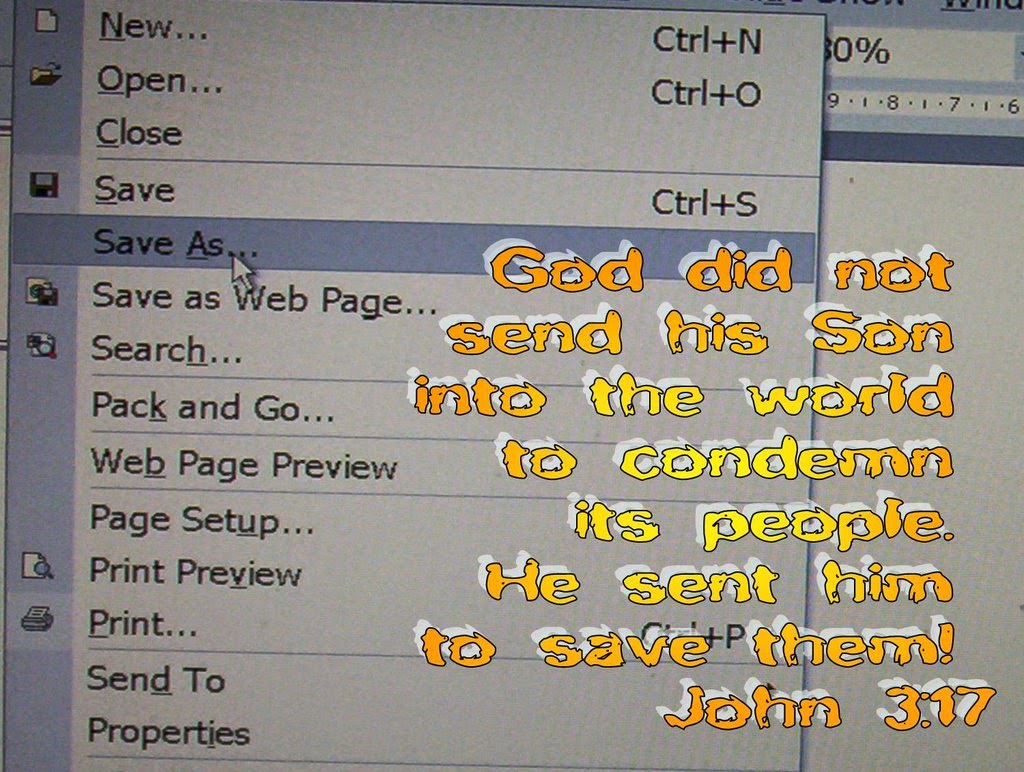 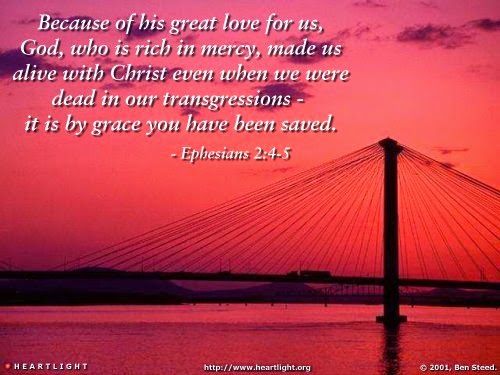 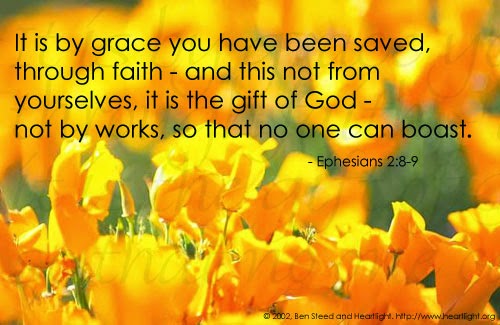 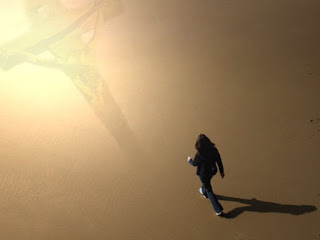 
Upper Left: My photo - feel free to use it for worship and related activitie


Middle Left and Right: Free images from the Heartlight galleries (please see my links column at left).
Lower Left:  This is a free image from the  ScripturePics site which sadly seems to have disappeared. 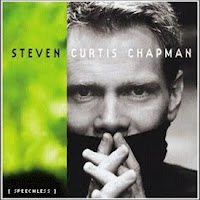 
By Steven Curtis Chapman on his album, Speechless, or on WOW 2000 (pictured at left). This goes well with the Ephesians reading. 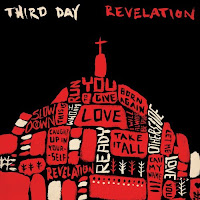 
By Third Day on their album, Revelation, or on WOW 2009 (pictured at right). This song matches well with the Gospel reading.

f Confession: In this World
Found in Stages on the Way by The Wild Goose Worship Group, Wild Goose Resource Group, 1998, ISBN 1876357363, page 55 (pictured at left).
Kid's Time: Learning John 3:16
Put the individual (or pairs or phrases) words of john 3:16 on big red hearts and distribute these to various members of the congregation before the service. Ask them to hold the hearts in front of their faces at the start of the kid's time. Ask the kids to come out and look at the congregation and see if they can see anything odd. Tell them it is a secret message from God to them and ask then to find all the people with hearts, bring them forward and then try to arrange them so that the message makes sense. The adults always help out if it gets a little difficult :)
Kid's Story: The Sneeches

The first story in The Sneeches and Other Stories by Dr Seuss, Dr Suess Enterprises, 1957, ISBN 0007158505 (pictured at right). This story can lead to a discussion about whether we need to do anything to be loved by God.
Kids Story 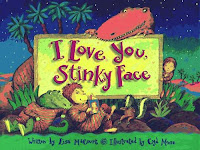 : I Love You, Stinky FaceBy Lisa McCourt, illustrations by Cyd Moore, Hinckler Books, 2002. (pictured at left) Previously published by BridgeWater Paperback, 1998 Thanks to Marion Latham for this suggestion. Marion says it is a great  illustration of God's grace.
Film Clip: Les Miserables
From the end of the credits (the first scene)  and ending with the priest blessing him and giving him a second chance 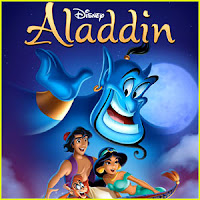 Show one of the clips where Aladdin tries to impress Princess Jasmine by pretending he is some thing that he is not - there is one particularly useful clip where his friends encourage him to tell her the truth but he can't do it.Discussion: Aladdin1. Why was Aladdin pretending to be someone he was not?
2. Who was Aladdin trying to impress?
3. How do we sometimes try to find favour with God and with each other?
Drama: The Tune
Based on a puppet play (but no longer using as many people or puppets) found in Drama Resources One from the South Australian Lutheran Youth Office. My version makes use of a fairly astute musician. I do hope I have not offended copyright but the book is no longer in print - if an Adelaide Lutheran reads and recognises this beautiful little play please email me so that I can give credit where is is due. This goes with the Ephesians reading very well but also is useful for the other readings as well.
More: Thanks to Kevin (see comment in Lent 4 B in 2012) I now have more information on the history of this drama. Kevin says that "The Tune" is by Larry Norman (now deceased) and can be viewed at : www.youtube.com/watch?v=LJtBryMKeK8 Interestingly, I think that the Drama Resource version predates the Norman version. .....And so, the mystery thickens!!!???

Drama: That's Not Fair
Based on John 3:16-17 and written by Rosemary Broadstock and Ann Scull.
A: 'For God loved the world so much that he gave his only Son, so that everybody who believes in him may not die but have eternal life'.
B: But that's not fair!!! What about the likes of Hitler and Stalin - the people who start terrible wars and cause the death of millions of innocent people and cause the destruction of whole countries which take decades to rebuild.
A: But God has shown us how much he loves us - it was while we were still sinners that Christ died for us.
B: But that's not fair either!!! Does that include the people who dominate powerless people? What about those who rip off the system and make us all pay more? What about people who are cruel?
A: This is what love is: it is not that we have loved God, but that he loved us and sent his Son to be the means by which our sins are forgiven.
B: Hey, come on, this really isn't fair!! That can't possibly include the thieves and the murderers, the people in our jails, the criminals, the liars and the cheats, the ones who abandon and mistreat their children and families, the ones who fight and drink too much.
A: Absolutely nothing will ever be able to separate us from the love of God which is ours through Christ Jesus our Lord.
B: But its still not fair!!!! What about the people who are self satisfied and thoughtless? What about those who gossip and are jealous, the ones who are selfish and lack compassion, the ones who break promises, the ones who are always critical, the ones who carelessly hurt other people's feelings..... Come to think of it - it's all of us really, isn't it?
A: This is how much God loved the world: He gave his Son, his one and only Son. And this is why: so that no one need be destroyed; by believing in him, anyone can have a whole and lasting life. God didn't go to all the trouble of sending his Son merely to point an accusing finger, telling the world how bad it was. He came to help, to put the world right again.
Story: Too Late
Based on the Ephesians reading this story is found at http://www.powerpointsermons.com/?page=study&type=i&sermon_id=627&ttl=50&res_num=200. You need to scroll down the page to find it.
Story: The Kiss
In Hot Illustrations For Youth Talks by Wayne Rice, Youth Specialties, 1194, ISBN 0310402611, page 131 . This links well with the Gospel reading.
Story: The First Shall be Last
In Hot Illustrations for Youth Talks Book 4 by Wayne Rice, Zondervan, 2001, ISBN 0310236193, page 160. This links well to the Ephesians reading.
Response Activity: Unity
In 40 Devotions that Work with Youth, by Geraldine Anderson (ed).,JBCE, 1983, ISBN 0858194147, page 58. In the book this was intended to be a youth group devotion for the Ephesians reading however it can be quite easily adapted to suit a congregation and used as part of the sermon or as a conclusion. Try using post-it notes and a small portable cross instead of paper and the floor.Response Activity: Loving as God Loves
Hand out pencils and A5 sheets or business cards (it's better to do this bit when people are arriving for the service) with the following words: God loved me and ………………. so much that he gave his one and only Son so that everyone who believes in him will not die but will have eternal life. God did not sent Jesus into the world to condemn me or ………….. God sent Jesus to save us. John 3:16-17. Give everyone a minute or two to talk to God and to fill in the blanks.
Response Activity: Forgiven by God
Found in Multi-Sensory Scripture by Sue Wallace, Scripture Union, 2005, ISBN 1844271668, page 73 (pictured in an earlier blog).
Response Activity: John 3:14-21
In response to this reading, I used three of the above activities:
vv. 14-15: Forgiven By God
vv. 16-17: Loving as God Loves
vv. 18-21 The Tune
Closing Prayer: You Call your DisciplesFound in Stages on the Way, as above, page 59.
Also:

Response Activity: Walk in the Light
From Bringing the Word to Life Together Year B by Andrew Collis and Dorothy McRae-McMahon, Mediacom, 2011, ISBN 9781921945038, page 51ff (pictured at left). This activity is based on the gospel reading and the Ephesians reading.
Poem and prayer: into life.
Found in Dad and Daughter by Ron Gordon and Jennie Gordon, 2012, ISBN 9780646586601, page 85 .These are based on the gospel reading.
Lots of Useful Stuff
Found in The Abingdon Creative Preaching Annual 2015 by Jenee Woodard (Ed.), Abingdon Press, Nashville, 2014, page 46ff. These ideas are based on all of the readings.

Kids: Memorial
By Gary Crew and Shaun Tan, Thomas C Lothian,  with lots of ideas for a whole worship service found in Worship is For Everyone by Julie Pinazza, Openbook Publishers, 2000, ISBN 0859109259, page 59. This goes well with the John reading.


Opening and Closing Responses for Lent
By Ruth Burgess and Chris Polhill in Eggs and Ashes, Wild Goose Publications, 2004, page 83.